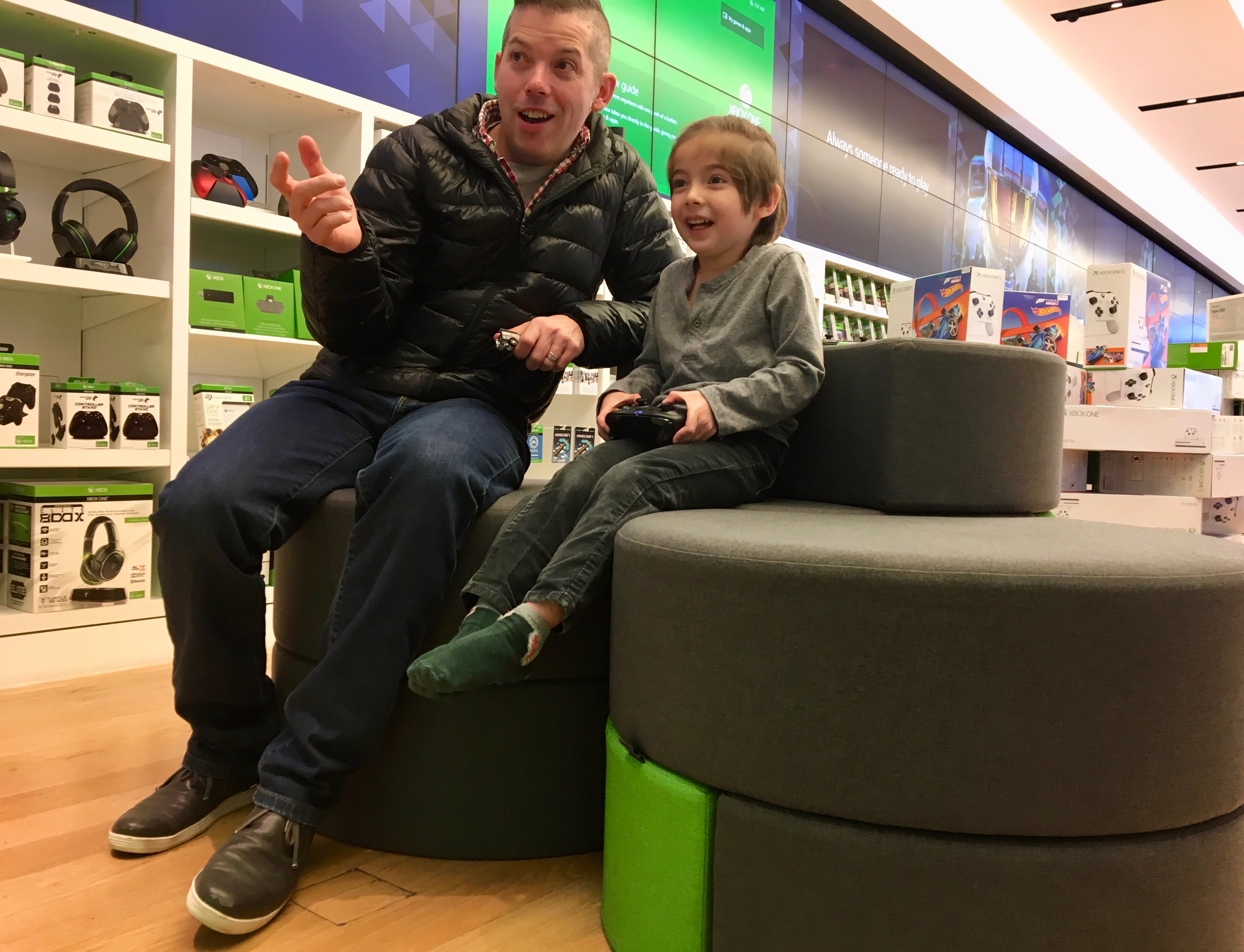 The Challenge
From late 2017 to spring 2018, Microsoft stores teamed up with Moduli to redesign their 4K entertainment and Xbox zones. Along with the challenge of updating 60+ U.S. and Canadian retail outlets, Microsoft faced the additional task of adapting spaces that varied wildly in dimension and size. Known for modern furniture made and designed in Washington State, Moduli’s Affix ottomans provided a creative solution that would encourage in-store users to relax and engage with Microsoft’s Xbox and range of multiplayer games.

The Solution
Moduli’s functional designs incorporate modular parts that can be easily rearranged to suit diverse spaces; similarly, sleek surfaces and leaf storage accommodate Xbox controls and games. Upon installing Moduli’s signature ottomans, each store was converted into an interactive “living room,” essentially allowing guests to lose themselves in the games. Now users could adjust their plush seating according to personal preference while separating or adjoining ottomans to engage with surrounding people, products and space. Keeping true to Microsoft’s branding, Moduli customized each piece to match Xbox’s brand colors. In the end, Moduli’s unique function and form encouraged guests to relax and stay longer by matching the seamless design, style and innovation users have come to expect from a Microsoft store.

“The Moduli furniture has helped our store achieve an inviting, homey environment and we are seeing that it is helping us gain traction around our Xbox area. We love that our customers can spend a good amount of time comfortably experiencing our 4K gaming with Xbox One X as they would in their own homes.” 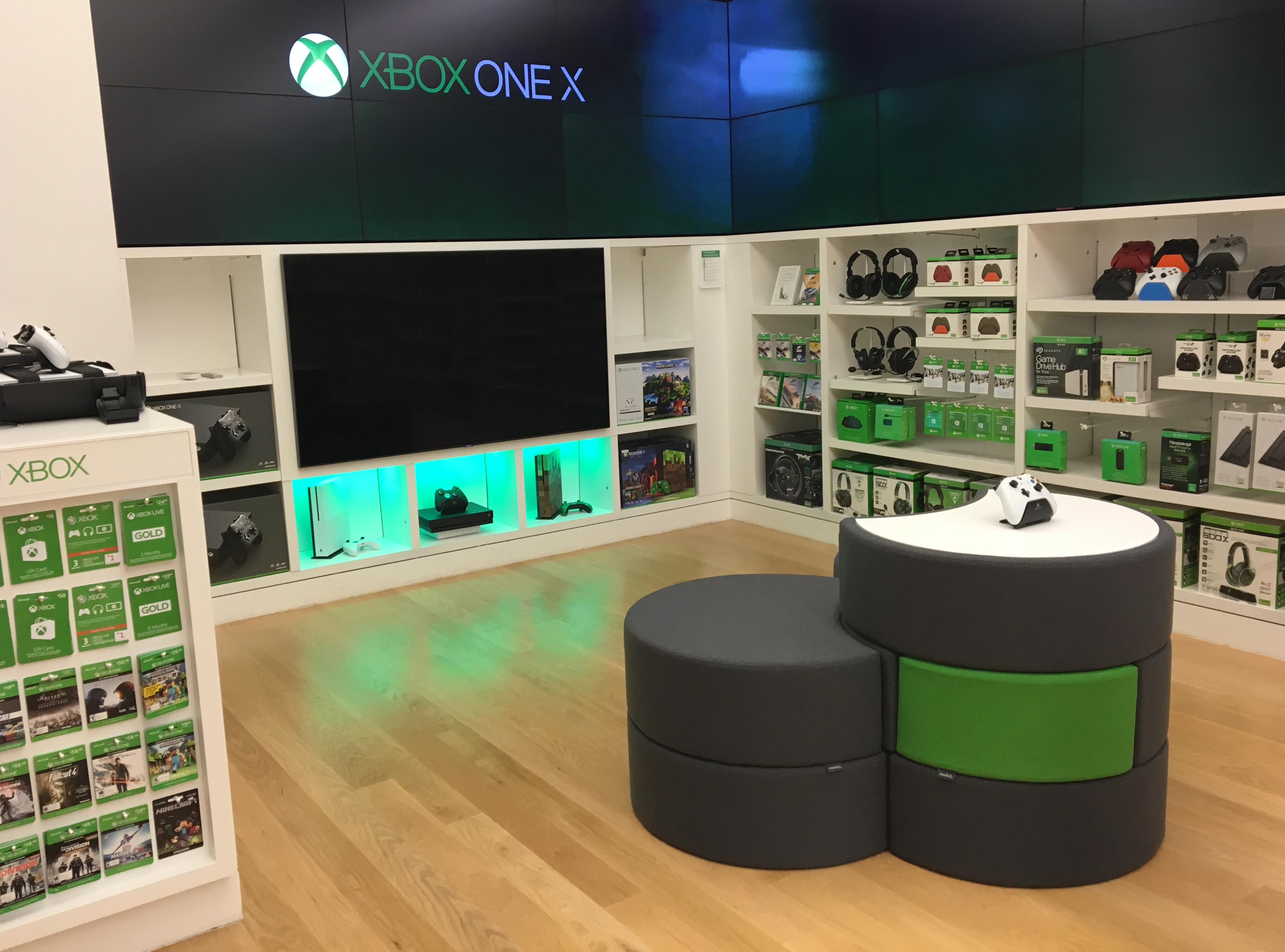 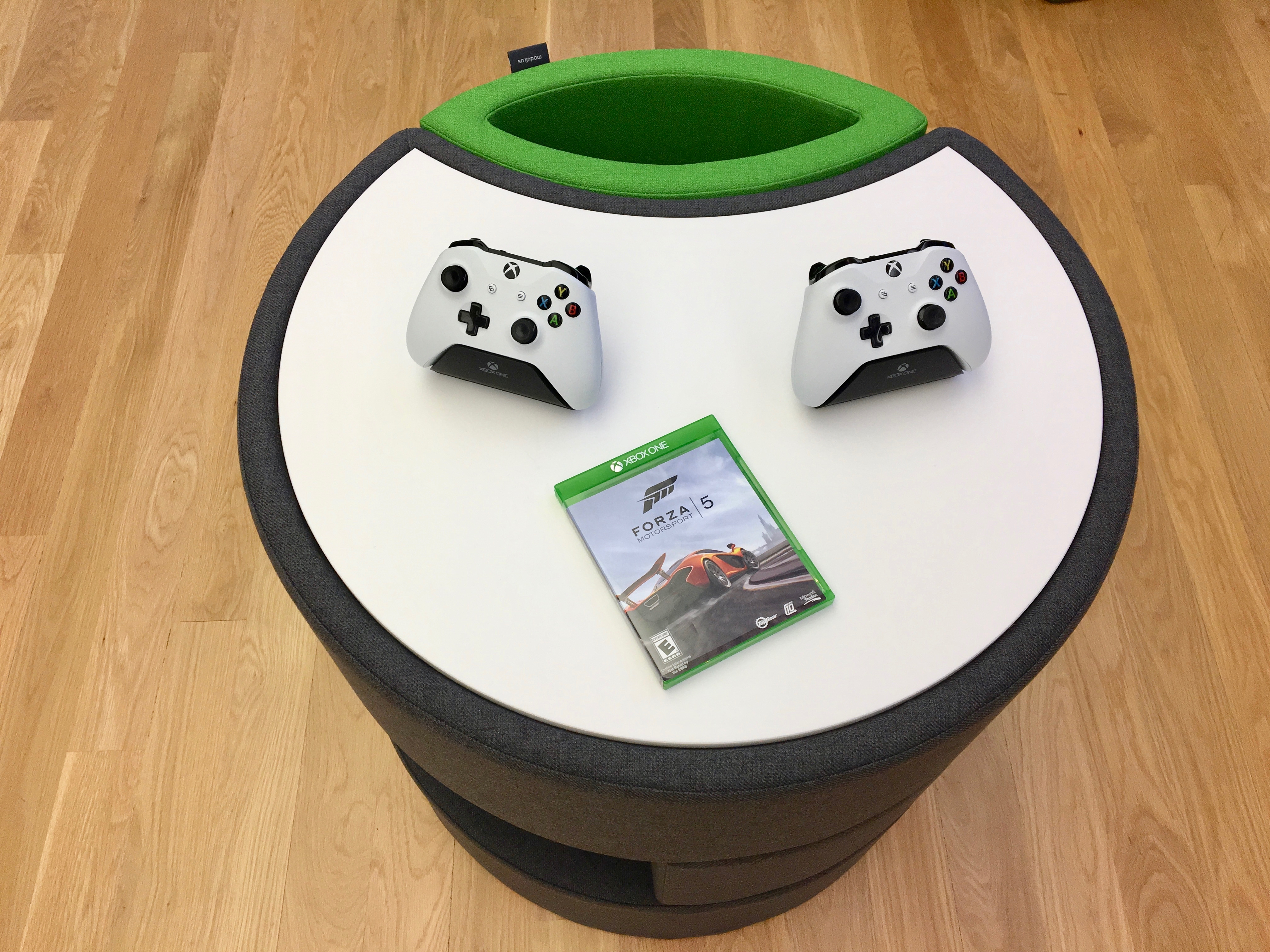 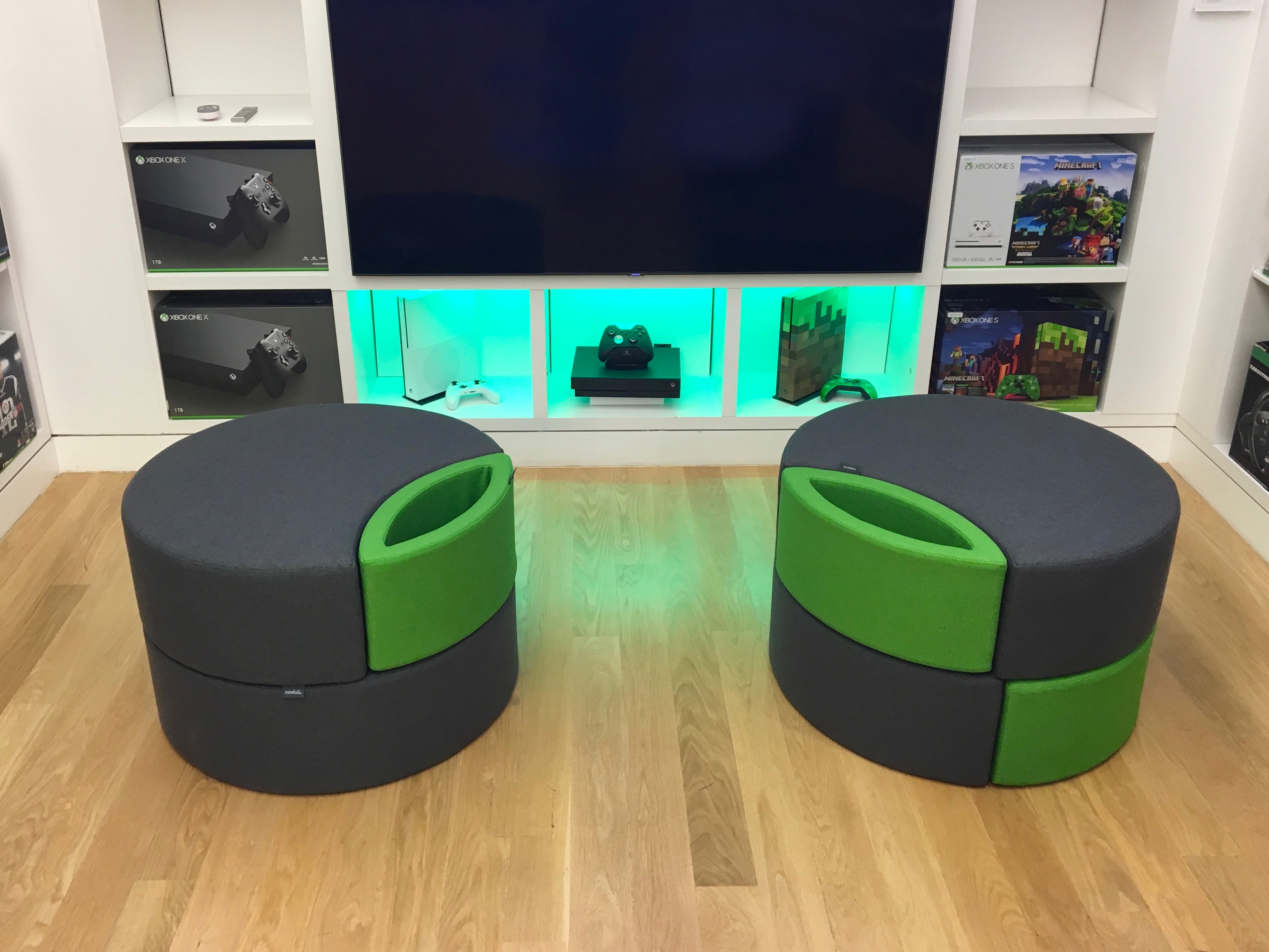 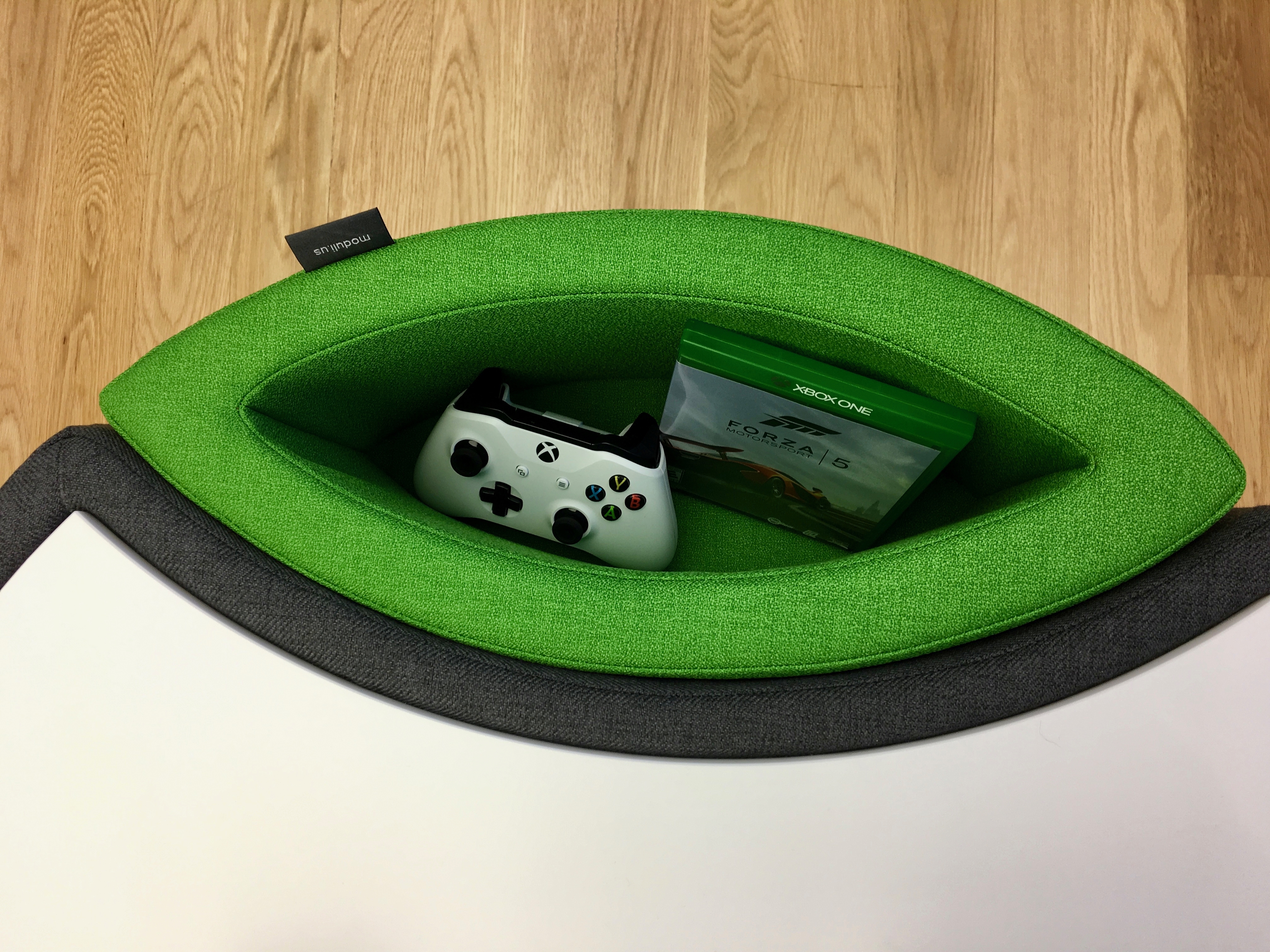 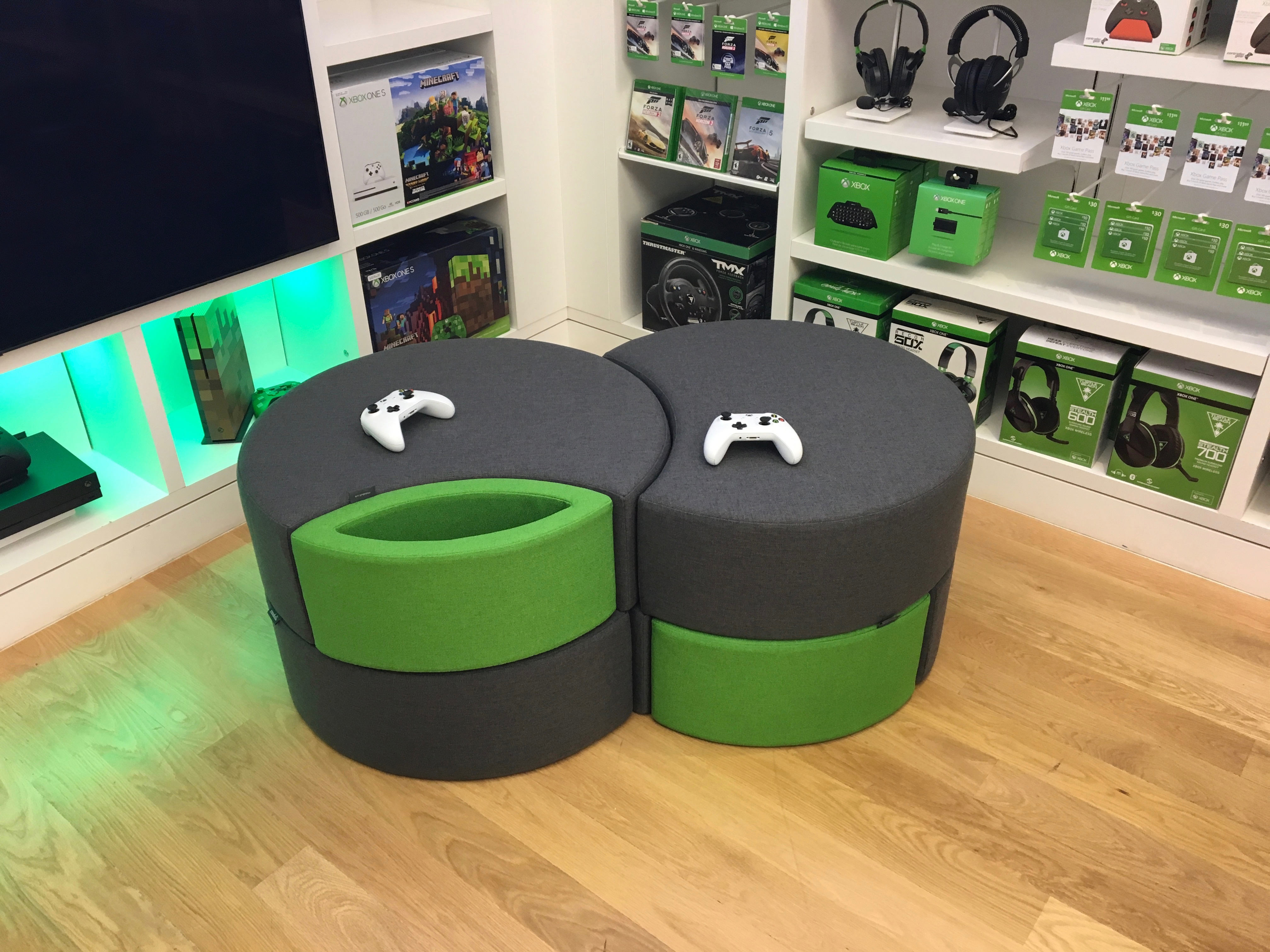 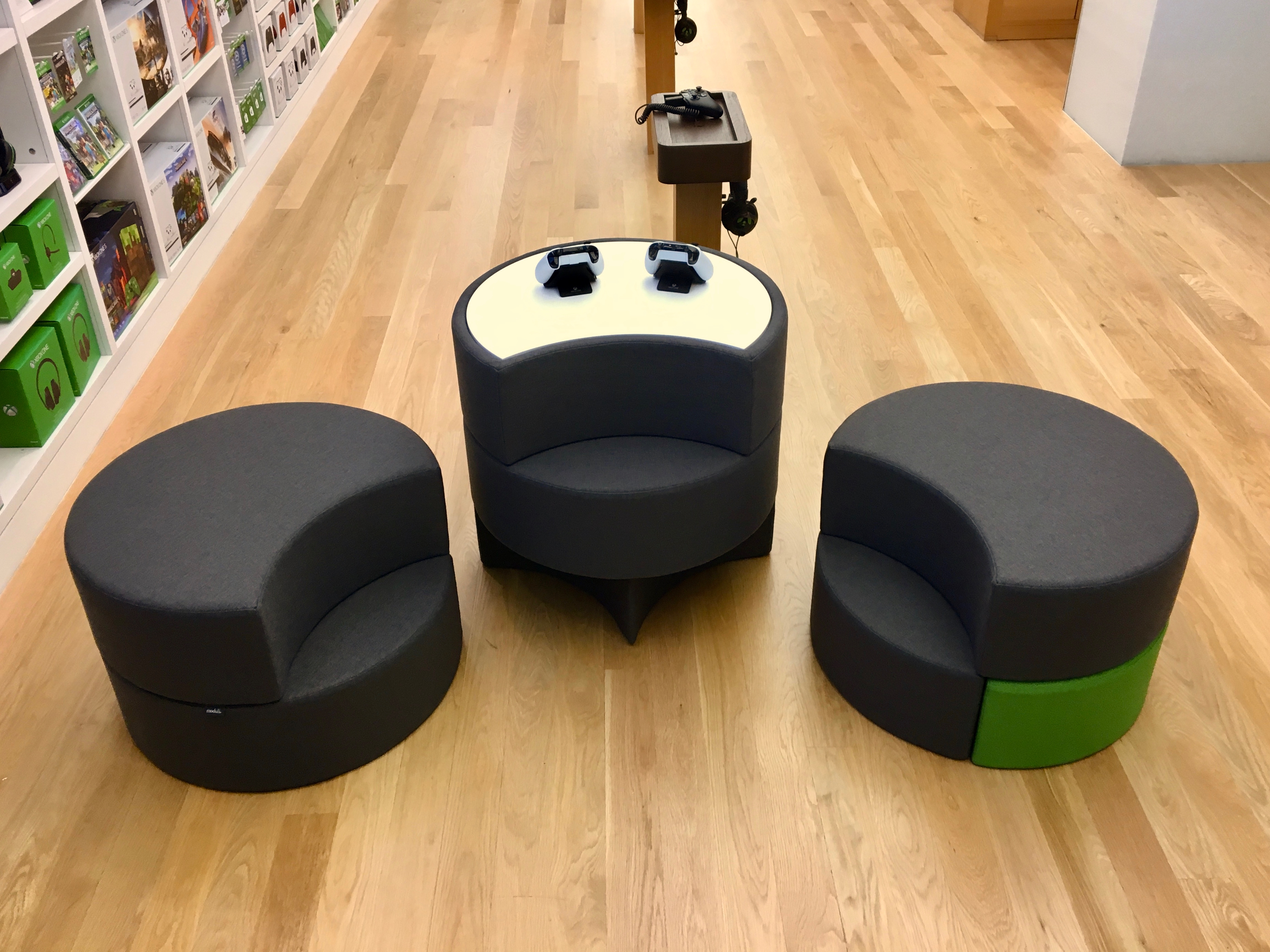